More to come later on the wonderfully rich contributions from artists, panel members (chaired by Phil Steinberg) and actively involved audience to our Water-Worlds sessions and events at the Royal Geographical Society’s conference in Exeter last week – thank you everyone.

But firstly, as Phil pointed out, the current shocking refugee crisis was largely missing from the presentations (largely I expect because it takes artists time to make work in response to events).

To set things in motion a bit, here’s a really good post from the
HydroCitizen’s facebook page picking up on an article from
climatemigration.org:

‘For a more complex and balanced analysis of the link between the extreme water crisis (related to climate change) in Syria, and the present situation:

“So, is there a link between climate change and ISIS?

The short answer is somewhere between “sort of” and “maybe”. Here is how the argument goes. Climate change has lead to more drought. Syria encountered a prolonged drought over the last decade. And there is good evidence that the severity of the Syrian drought was increased by human caused climate change. Rural agricultural livelihood were degraded and people could no longer support themselves. Many moved into Syria’s cities in the hope of finding work. This is a common pattern of internal migration linked to climate change.

Many of the new arrivals found themselves living in appalling slum-like conditions. Anger grew at the regime’s many failings and human rights abuses. Including the failure to deal properly with the drought. Anger and a larger number of people living in urban poverty provided the conditions for the start of an uprising against the regime.

It seems fair to link climate change, the Syrian drought and the initial uprising. (Read our analysis of the research behind these connections).

The uprising began as a secular movement hoping to topple the Syrian regime. But rapidly descended into a sectarian war. What began as a popular uprising demanding democracy, was replaced by a battle between extremist groups and the Assad regime. The path from the uprising into sectarian civil war had little to do with climate change.” ‘

See also this article ‘The New Sponsor of Terrorism: Climate Change‘ from Jon Solzt in the Huffinton Post.

How as artists are we going to respond to this in our work?

Living Sculptures in the Sea 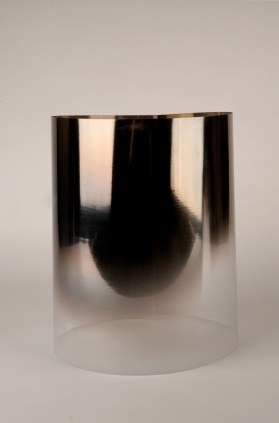 Drop in the Ocean

How to believe (extract)

From the film ‘Ama’ 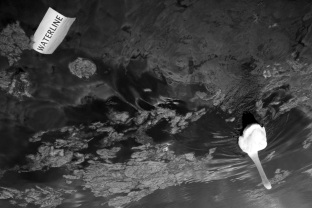 ‘Orphan, or, The One That Got Away’, 2014. Photo: RWA
Follow Water-Worlds on WordPress.com